Innopolis University and ENIKS company finished trials of a package delivery drone in limited visibility conditions and subzero temperatures. During an hour the drone delivered parcels for a distance of 38 km and back. 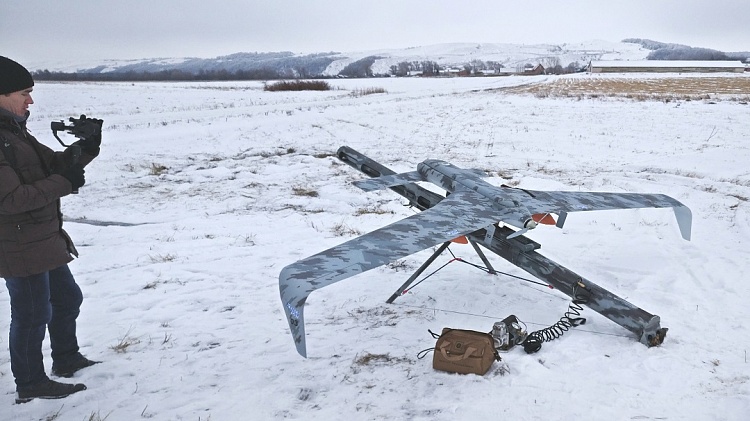 The unmanned vehicle's speed was 65 km/h with the flight altitude of 500 m. For testing the unmanned delivery technology it was used the drone T16 designed by ENIKS. The drone is able to fly at a distance of 150 km with the top speed of 130 km/h and the flight altitudes up to 4 km. The total range of the trial flight was 76 km. According to representatives of Innopolis University, the drone will easily deliver goods from Russian Post logistics centre in Kazan to the post office at Innopolis being able to cover that distance 4 times in a single flight.

"The trial has proved that our package delivery by drones is quite effective, so we will offer our solutions to commercial customers. We will take care of the technical part of the issue and develop a control system. Together with ENIKS, our business partner specializing in building unmanned aerial vehicles, we will solve complex high-technology tasks, — said Alexandr Klimchik, head of the Center for Robotics Development. — What we need now is legal support to help us quickly resolve administrative and legal issues related to the approval of the flight plans. Legislative framework is the only thing separating our project from scaling and commercialization, so we hope for support from the public authorities for the implementation of such projects."

The researches explained that in addition to postal packages the drones can deliver chemist supplies, food and documentation to the localities lacking proper roads: "Sometimes by-land delivery is too tricky. You have to take a 200-300 km roundabout route, cross the mountains, rivers, etc. Meanwhile, a drone will save money and deliver the goods directly, reducing the distance up to 25-30 km."

According to Alexandr Klimchik: "To make sure that the drone can identify its location, adjust the route, if necessary, and define further direction, a control system based on artificial intelligence is needed which we develop at Innopolis University. Thanks to the control system, we can plot a point on the map, and adapt the drone's movement in real time, observe and adjust the path depending on the current situation or obstacles that were not considered in advance".

The demo video shows a potential route of the drone. All trial flights were made in a special area in March 2018.

Gazprombank, Innopolis University and RANEPA will create joint educational projects in the field of digital technologies