62 people from Kazakhstan and 19 regions of the Russian Federation were cracking problems related to wireless technologies and software engineering in finance. Winners and awardees received invitations to the on-site student selection held by the Russian IT University and 100 scores in the Unified State Exam in Mathematics. 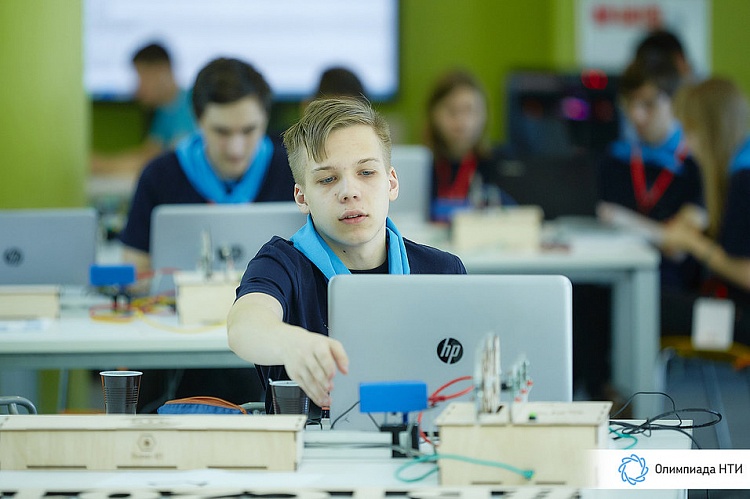 The Wireless Technology section includes tasks on building networks and communication support, when the requirements on the reliability and performance of systems grow in accordance with the increase in the number of connected devices and the traffic amount. The teams worked on their own interactive booths with a layout of the satellite and a radar. Participants programmed the radar to monitor the satellite, find faults in channel encryption and update the satellite's hardware. The section was developed by "Polus-NT" and the Institute of Solar-Terrestrial Physics, Siberian branch of the Russian Academy of Sciences.

Winners and awardees of the section became students from Krasnoyarsk, Innopolis, Kazan, St. Petersburg, Irkutsk and Almaty. For successful performance, they received 100 scores in the Unified State Exam in Mathematics valid for two years.

Participans of the section Software Engineering in Finance were dealing with a decentralized application combining the blockchain technology and IOT. The application should provide interaction between suppliers of batteries for electric vehicles and service centers that ensure instant replacement of batteries. The solution also checks whether the batteries to be replaced are original or not. All cash payments through the application are made automatically once the program defines the most optimal parameters for the transaction. The section was designed by the experts of Innopolis University.

The top position in this section was taken by tudents from Ufa, Novosibirsk region and Blagoveshchensk. "Innopolis University offered winners of the Olympiad who finish school this year simplified admission conditions. They received an invitation to take part in a competition for a study grant covering 100 % of tuition at Innopolis University, — said Alexey Khabibullin, Head of Project-Oriented Olympiads at Innopolis University. — So far, our section is not included in the Russian Union of School Olympiads, therefore, it does not give official benefits for admission to all Russian universities. But we hope that such possibility will appear next year".