A new project by the Russian IT University made the list of the best IT solutions of the Republic of Tatarstan. 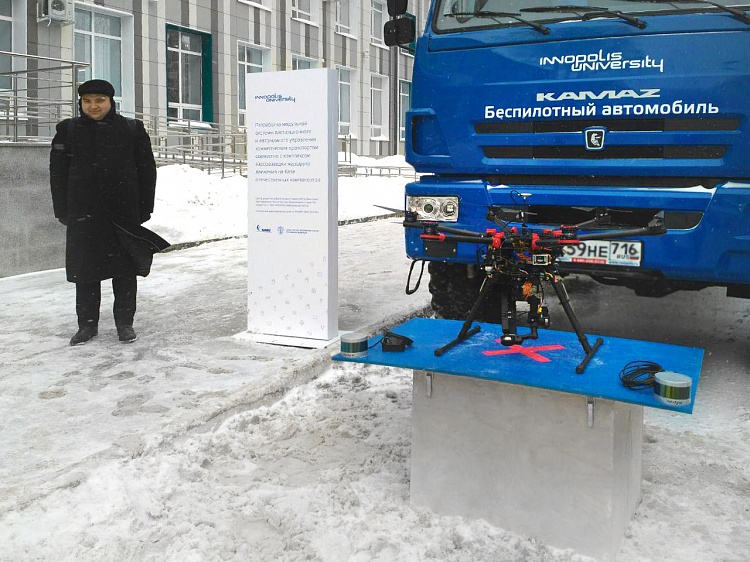 Supported by the Ministry of Education and Science of the Russian Federation and KAMAZ, experts of the Centre for Robotics Development at Innopolis University are developing a system that will enable autonomous drive for a heavy vehicle.

According to Alexander Klimchik, Head of the Centre for Robotics Development, this solution will allow the vehicle to move autonomously in uncertain environment by means of an airborne prospecting of the territory by a drone mounted in a quick release module.

The University’s project “Module system of remote and autonomous control of commercial transport in combination with an airborne route prospecting complex based on domestic components” was presented at an exposition of modern IT developments in the Republic of Tatarstan focused on automation of socially important economy areas, in particular, housing and utilities infrastructure, healthcare, education etc. The exposition was opened in Kazan Technical School of Information Technology and Communication in the framework of the annual meeting of the Ministry of Information and Communication of the Republic of Tatarstan. 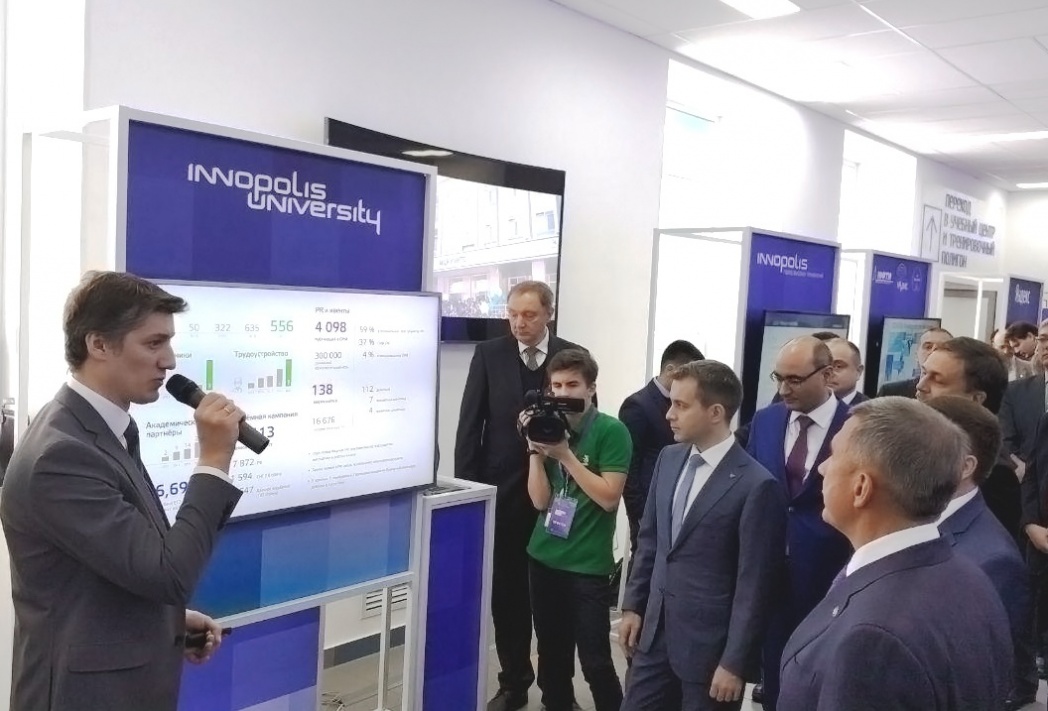 At the meeting, Roman Shaykhutdinov, Minister of Information and Communication of the Republic of Tatarstan presented to Rustam Minnikhanov, President of the Republic of Tatarstan and Nikolay Nikiforov, Minister of Telecom and Mass Communication of the Russian Federation, the results achieved in the area for the year 2017 and outlined plans and tasks for 2018. Among the solutions presented at the exposition, there were projects by AkBars Bank, Tattelekom, ICL, Yandex, IT Park and Taxnet.

Gazprombank, Innopolis University and RANEPA will create joint educational projects in the field of digital technologies