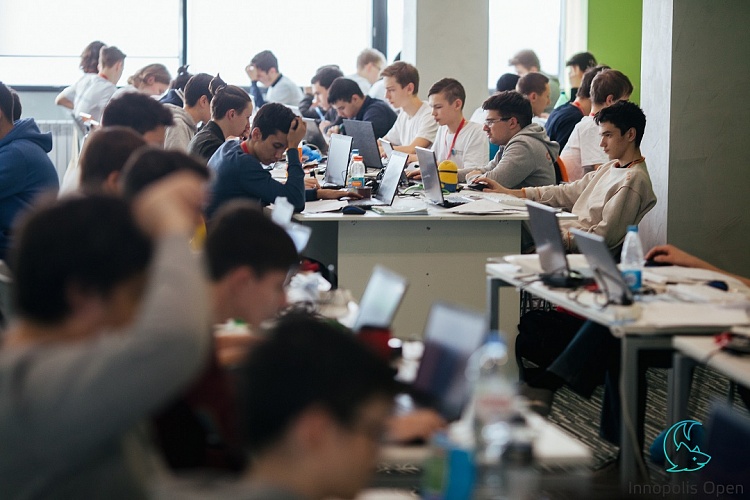 20 participants became the winners of the Olympiad, 13 and 30 participants received second and third class prizes accordingly. Ildar Gainullin, a 9th form student from Kazan, who took additional training at Innopolis University, became the absolute winner of the competition. The student scored the top score — 478 points. In total, students from different countries of the world, including Bosnia and Herzegovina, China, Estonia, Hungary, Israel, Latvia, the Netherlands, Serbia, Azerbaijan, Turkmenistan, Belarus, Kazakhstan, Kyrgyzstan, Tajikistan, Uzbekistan, Ukraine, and 30 regions of Russia competed for the victory in the two-day competition.

The Open Olympiad of Innopolis University is included in the list of academic competitions for the academic year 2017/2018. Awardees and winners of the Olympiad will receive benefits when applying to Russian universities. In particular, they can be admitted without entrance examinations or their Olympiad results can be considered as 100 points gained at the Unified State Examination in a core subject.

As part of the Olympiad, organizers offered foreign participants a chance to join the on-sited selection and get 100% study grant from Innopolis University. In addition, representatives of MTS, EPAM, Wargaming and faculty members of the Russian IT University gave lectures on the topics as follows: "Using Neural Networks for Text Classification", "Universal Data Type", "Life Cycle of a Project Manager in IT, Map of IT Professions 2.0".

The Russian IT University has been holding the Open Olympiad in Informatics since 2014. In 2017, the competition for young programmers reached the international level and was held in two cities — Innopolis and Minsk.