8 other teams will receive offers on cooperation and implementation of cloud projects based on 4D-GIS platform developed by the largest Russian consortium hosted by Innopolis University. The main prize of 100 000 rubles got the team headed by a graduate of the Russian IT University 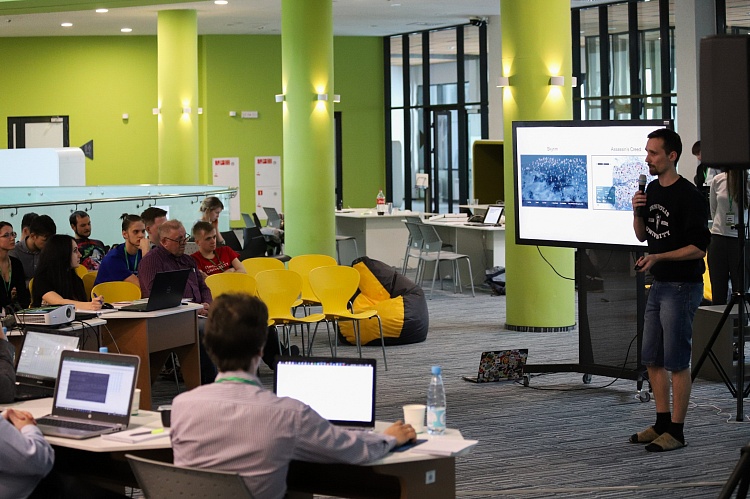 The "Cartomancy" hackathon was organized by Innopolis University under support of the Ministry of Informatization and Communications of the Republic of Tatarstan. 100 participants of the hackathon from Moscow, St. Petersburg, Sevastopol, Perm, Kazan, Chelyabinsk, Yekaterinburg, Orenburg, Naberezhnye Chelny, Chistopol and Innopolis were divided into teams and had two days to develop solutions for agriculture, urban development, land register, archeology and entertainment. Authors of the projects used various techniques, including machine learning, mapping services and augmented reality. In addition, the projects were developed under support of the mentors from the leading Russian industrial companies in the field of Earth remote sensing that are well-known on the global market, in particular, "GK Geoskan", "SCANEX", "Sovzond", "Rakurs".

BeTrip startup team headed by by graduates of Innopolis University has developed a system named BeTrip.Score. It evaluates the level of comfort of accommodation for each tourist based on the analysis of comments and posts in social networks, the distance to tourist spots, user ratings, accessibility, rating, and number of entertainment sites.

The team representing Sevastopol State University suggested using drones for precision farming in the vineyards, while students of Kazan Federal University presented the database of objects of cultural heritage of the Republic of Tatarstan.

ITMO students delivered a platform for the independent evaluation of the housing cost using real estate data bases that included the cost of rental housing, technical and economic passports of apartment buildings and sex-age structure of residents.

The main prize of 100 000 rubles was received by the team of Sergey Koltsov, graduate of Innopolis University. Atless is a city events platform generated by users. It arranges points on the map according to a specific subject and forms a layer called GIOChannel. Subscribers of the channel receive all information about relevant events and places in the city or the country, including an individual set of events. To event organizers the platform gives access to the audience interested in a specific topic. Also, developers from the IT University have created a voice assistant for the platform on the basis of SpeechKit, an open set of speech recognition technologies by Yandex, that will tell about the most appealing events nearby. 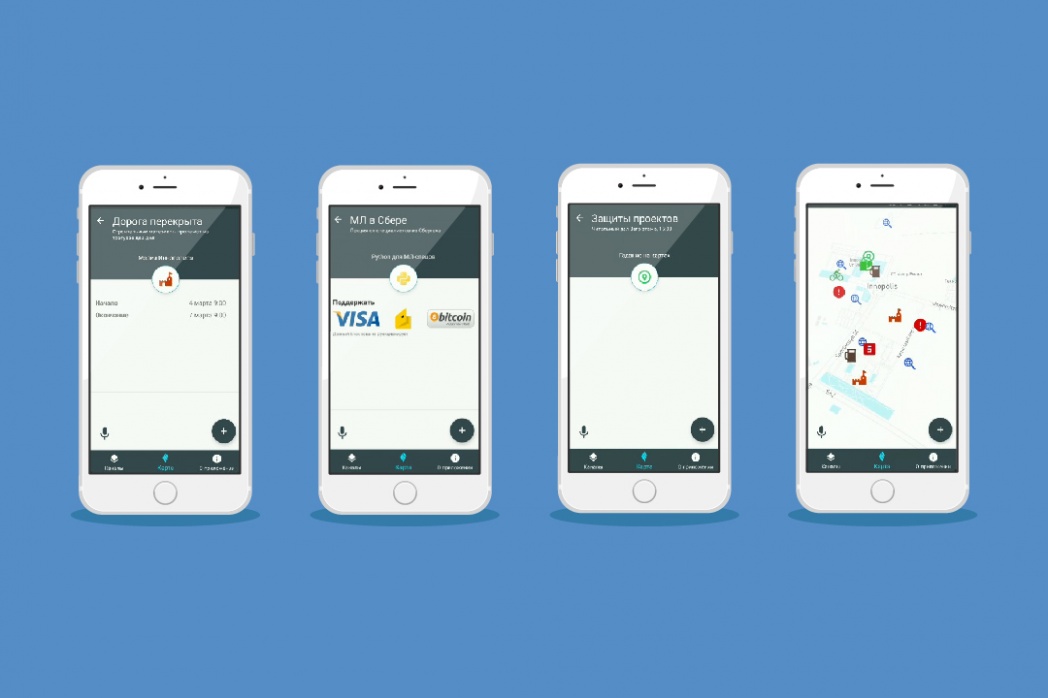 "Living in Innopolis, I have noticed that guests of the city are often not aware of incoming events unlike the locals. But even they find it hard to keep track of multiple chats and channels in the Telegram messenger. So, we came up with the following idea: We suggested moving city events on the map, — said Sergey Koltsov. — This is very similar to the maps of the world in computer games — you can always see the legend with the most interesting entertainment spots and events. The Atless map looks just the same but it is adjusted to user interests". 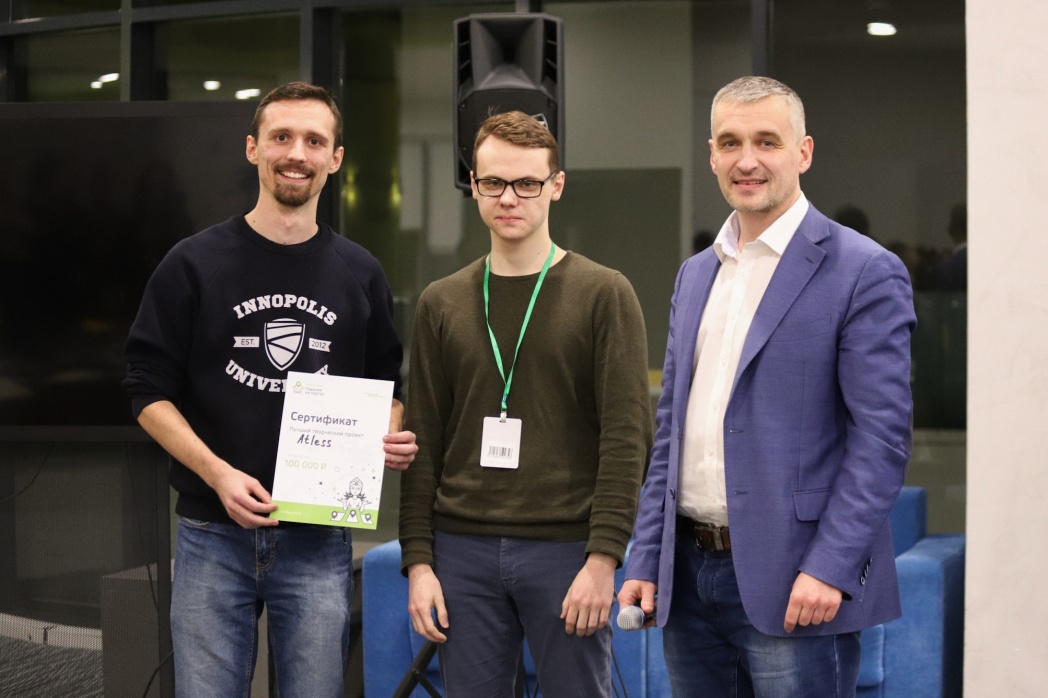 "The city is growing and it is important for us to scale announcement of events more effectively. This platform will allow residents to get information about all local events and select the most interesting. An individual approach perfectly matches with cooperation principles between Innopolis Mayor's office and residents. We are ready to support the testing of new technological services for the Mayor's office. We congratulate the team and will keep watching how the project is developing", — commented on results of the hackathon Artem Fatkhullin, Director of the Department of Urban and Marketing Projects of Innopolis Mayor's office.

The organizers promise to hold at least two similar hackathons in future. These events help the IT University to find strong teams with promising projects on GIS-related topics for further cooperation. 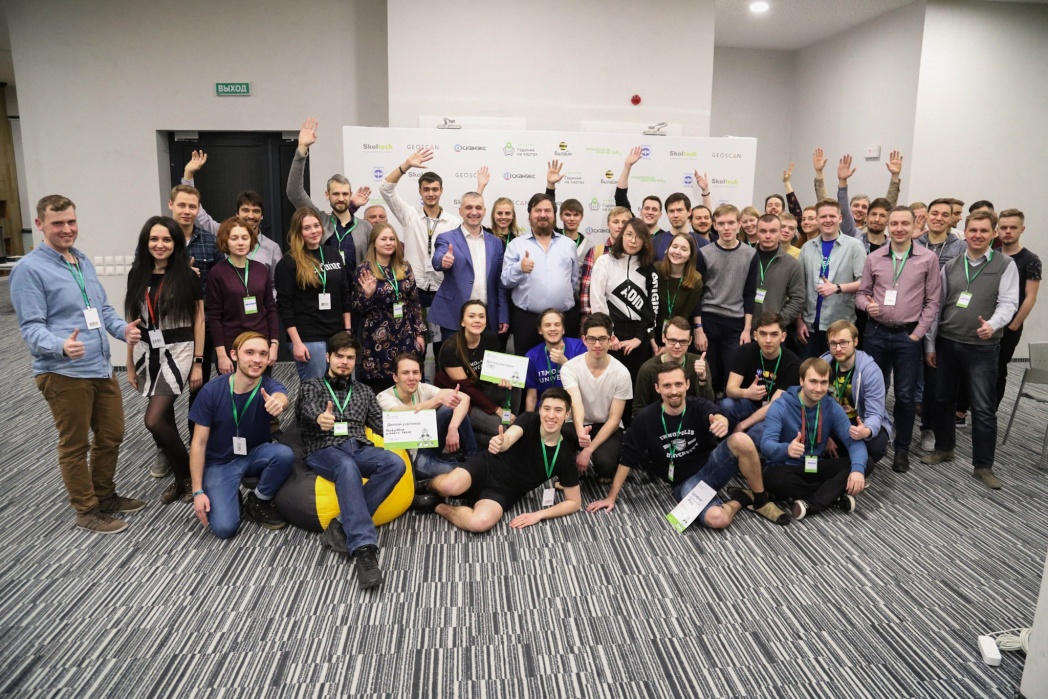 "The project on 4D cloud platform implemented by the technological consortium of the leading market players in the field of Earth remote sensing is unique because it is the first time when efforts of business and science are aimed at joint design of GIS ecosystem and creation of the platform, the product that contributes to the development of the market and industry. According to Konstantin Igudesman, Head of the Geoinformation Systems Centre of Innopolis University, "this hackathon is one of the first steps towards the objectives of the project. In general, 5 teams went for the main prize in terms of novelty, originality of the idea, market demand and efficiency of the prototype, for the main prize claimed. Meanwhile, the jury's unanimous decision was to grant the main prize to the Atless team. Now we are negotiating with eight teams offering them necessary resources for the implementation of ideas through a cloud-based 4D-GIS platform that developed by the experts of Innopolis University".

4D-GIS Platform of the Republic of Tatarstan is project launched in the framework of the  "AERONET" roadmap of the National Technology Initiative and developed by a consortium hosted by Innopolis University. The platform is used to visualize, store and control spatial data. The aim of the project is to create an integrated system for promotion of products and services in the field of remote sensing and monitoring of the Earth. The developments will help to improve the handling quality of the territory and scale results to other regions of the Russian Federation.